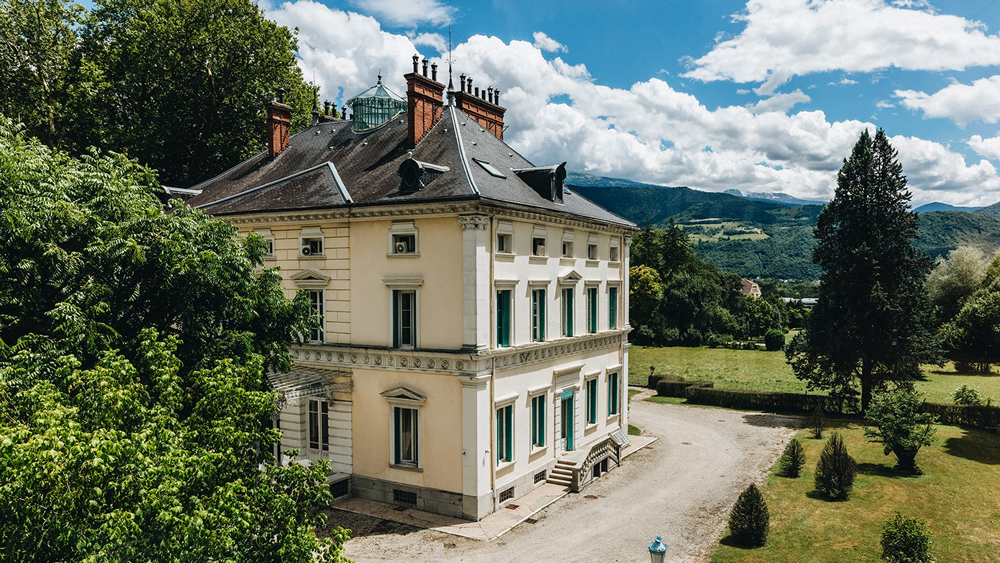 International researchers are researching the most advanced AI technologies in Grenoble, France, the so-called “Silicon Valley” of Europe. Read on to find out more about NAVER LABS Europe.

About 110 talented researchers from 26 countries are gathered in NAVER LABS Europe, including Christopher Dance, one of the most authoritative researchers in machine learning, Florent Perronnin, who worked as Director of Facebook AI Research (FAIR), and Gabriela Csurka, who led the development of R2D2 which precisely identifies the location regardless of a changing environment, as well as other researchers whose paper is cited more than 10,000 times in the AI field.

Recently, NAVER LABS Europe hosted the global AI for Robotics workshop, which also served as the starting point for NAVER’s Global AI R&D Belt, and is committed to its role as a new hub where researchers from Asia and Europe exchange and collaborate together.

Here are some interviews with key researchers at NAVER LABS Europe, who are trying to solve problems in our daily life with various AI technologies such as natural language which understands language and context, computer vision which understands the actual spaces in daily life, and AI for robotics.

Michel Gastaldo (Centre Director) │ NAVER LABS Europe is the largest AI industrial research center. It is bigger than Facebook’s or Google’s AI research centers. Various projects are being conducted with universities in Europe and the US. 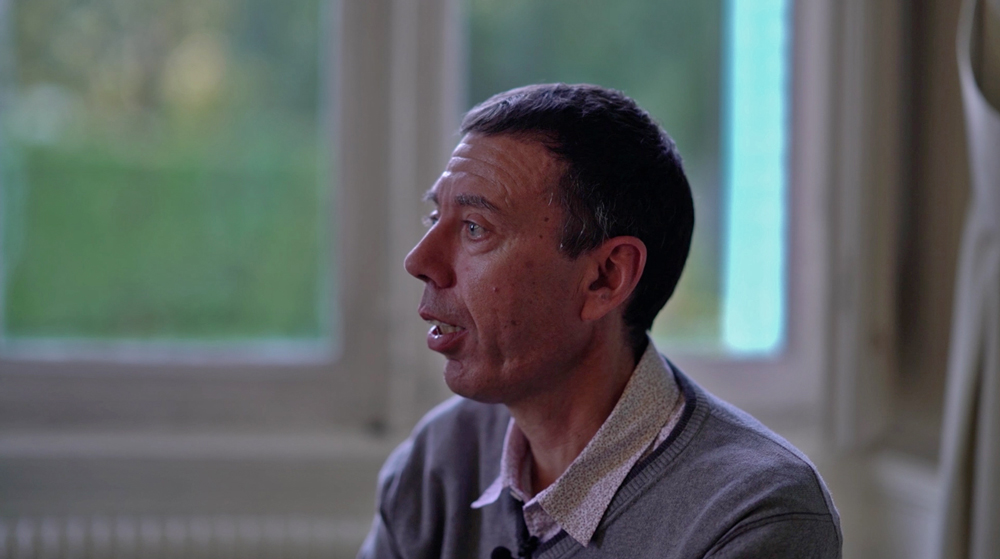 Naila Murray (Laboratory Manager) │ We are conducting research in various fields such as machine learning, computer vision, natural language processing, search suggestions, and AI for robotics. Moreover, I believe that research on system AI and UX is also important. Various perspectives from researchers in different fields and approaches different from the traditional ones are our core competencies.

Michel Gastaldo │ We are currently moving towards two goals: on the one hand, we provide the existing users of NAVER services with differentiated experience and assistance through AI technologies; while, on the other, we take on new challenges in fields that have not been around before such as AI for robotics. 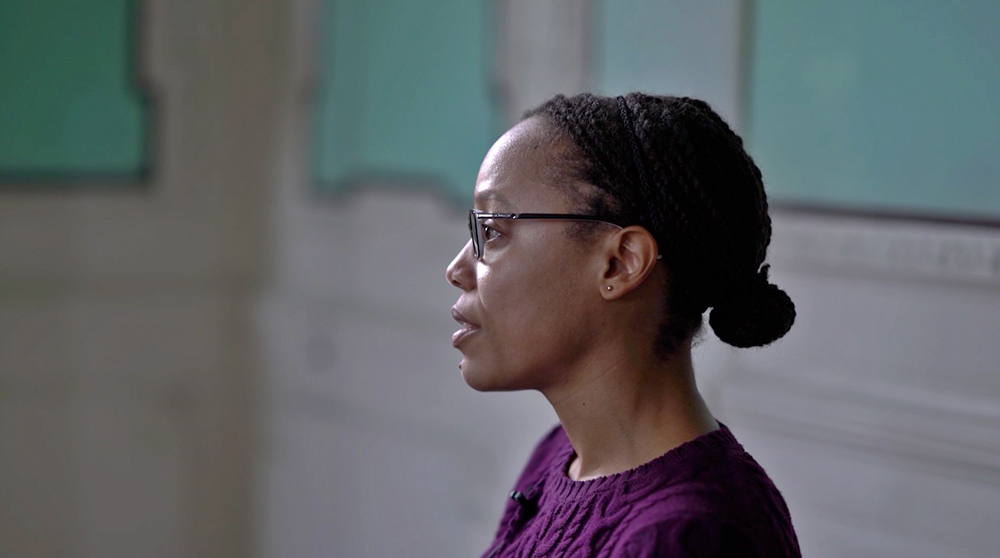 Naila Murray │ We are not just seeking to showcase new technologies one after another. We are also devoting ourselves to setting and presenting a research agenda as to what future holds for AI.

Major Research Areas In Connection to Our Lives 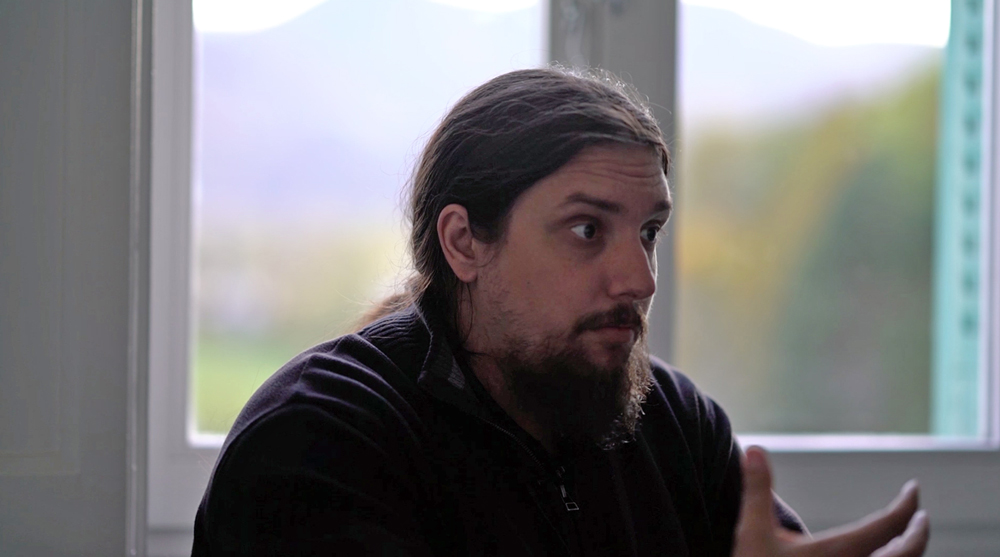 There is something very interesting that I have researched recently–machine reading. It is a technology in which the machine learns and understands text like Wikipedia articles by itself, and provides answers in natural language. It is like children learning how to read. We have focused on machine reading for the past five years, and we are starting to yield very encouraging outcomes. 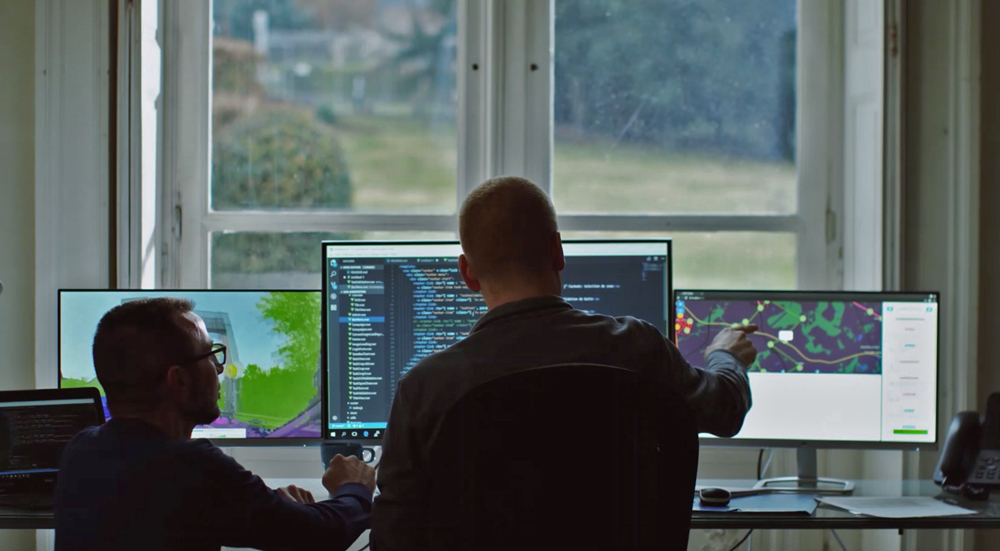 What we are aiming for is to move beyond the current level of understanding about machine learning and deep learning. The current models have hit their limits in commonsense knowledge as well as commonsense acquisition and reasoning. This is where machines cannot outperform humans, even children. This is why machines provide simpler answers than requested by us. We want to solve problems like that. 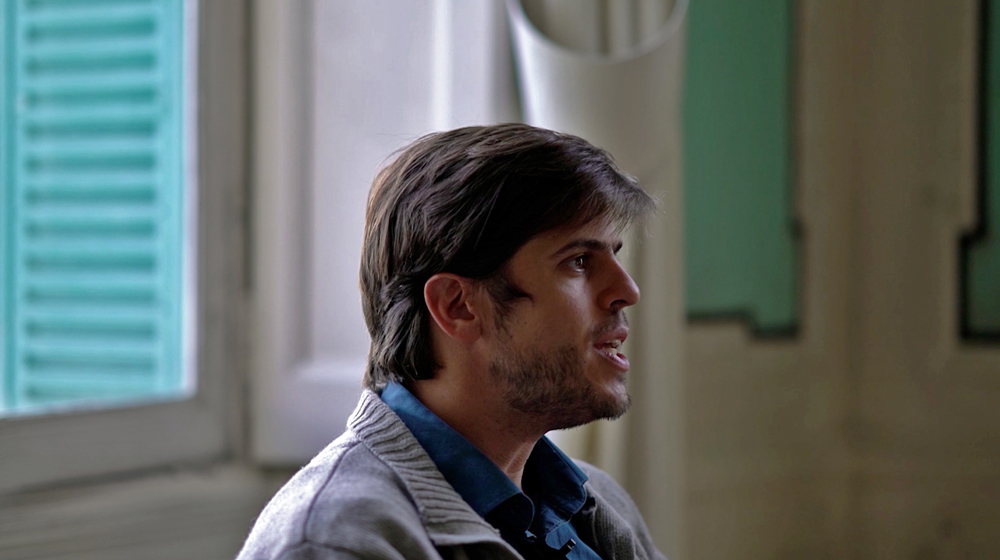 Our team won two important academic competitions in 2019 alone. It included tasks like translating text containing noise as well as drawing up and translating basketball game summary. It was a competition where we competed with MS, Baidu, CMU, and Johns Hopkins University. As such, we can take pride in the technical know-how that we have accumulated.

There is a toolkit that we have developed for several years. This toolkit applies very comprehensive methods to understand a document. For instance, when we look at a document, we can accurately identify a difference between footnote and title. It is because they are represented differently as in different fonts. We have applied such intuitive elements to this toolkit. It can be used to understand a restaurant menu.

Or, it can be also used to understand a historical document from the 19th century. In fact, this toolkit is playing an important role in interpreting a massive amount of old texts in Europe. The project is called ‘Time Machine’ and it is currently conducted across Europe as a history digitalizing project.

Christopher Dance (Research Fellow) │ For instance, research institutes of which I know usually separate robotics and AI. But here at NAVER LABS Europe, we combine them together. When we talk to some prestigious researchers at universities, they soon acknowledge that our technologies applying AI to robotics is cutting-edge. 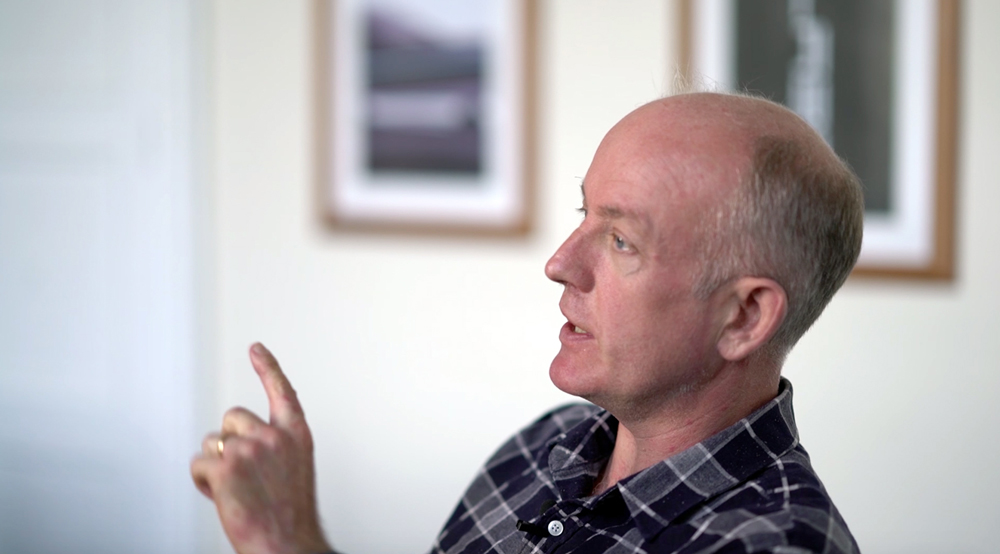 I believe that machine learning has penetrated 90% of what humans do, and we are using it for robotic mobility. We are researching how to learn with few samples. While millions of input samples are required to learn how to play a game of Go, robots cannot afford to have that many samples yet. We are focusing on samples that are most necessary for robots to perform tasks effectively.

We also improved robots’ autonomous driving performance. There are conflicting conditions to consider. A robot must maintain a safe distance from humans in the same space while not being too far away. While it should not be stuck in a narrow space that it cannot escape, it should not always avoid such a space. While it should complete tasks quickly, it should not move too fast and make people feel unsafe or uncomfortable. Ultimately, it’s about finding a balance between them. 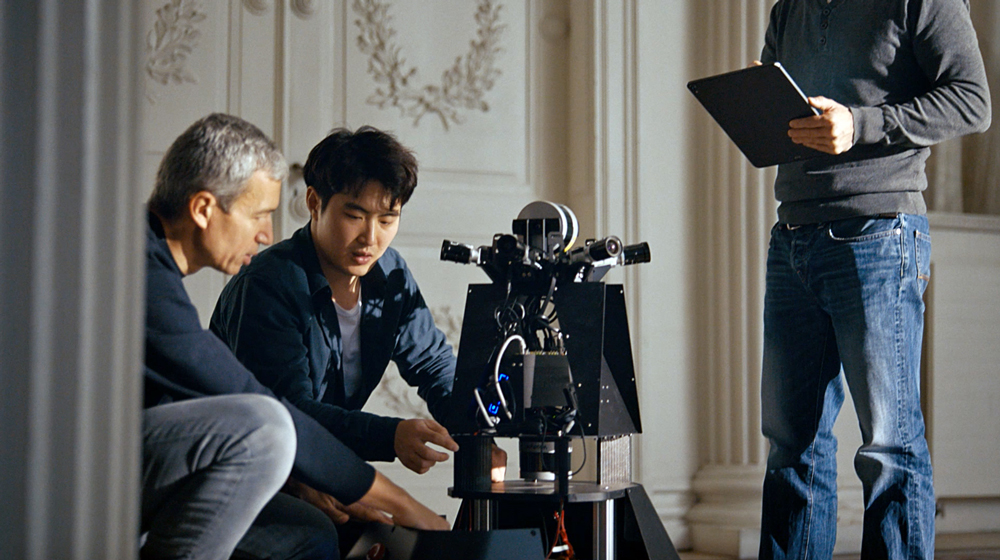 The Computer Vision Team started an interesting project. It is very challenging for robots to pick things up. It’s very different from how humans perform such actions. To make robots pick things up better, we should first identify what data or understanding is required. It is quite interesting to find new methods during this process.

Martin Humenberger (3D Vision) │ I am part of the 3D Vision Team, and we are conducting research on various areas such as keypoint extraction, feature matching, visual localization, camera pose estimation, and 3D scene understanding. 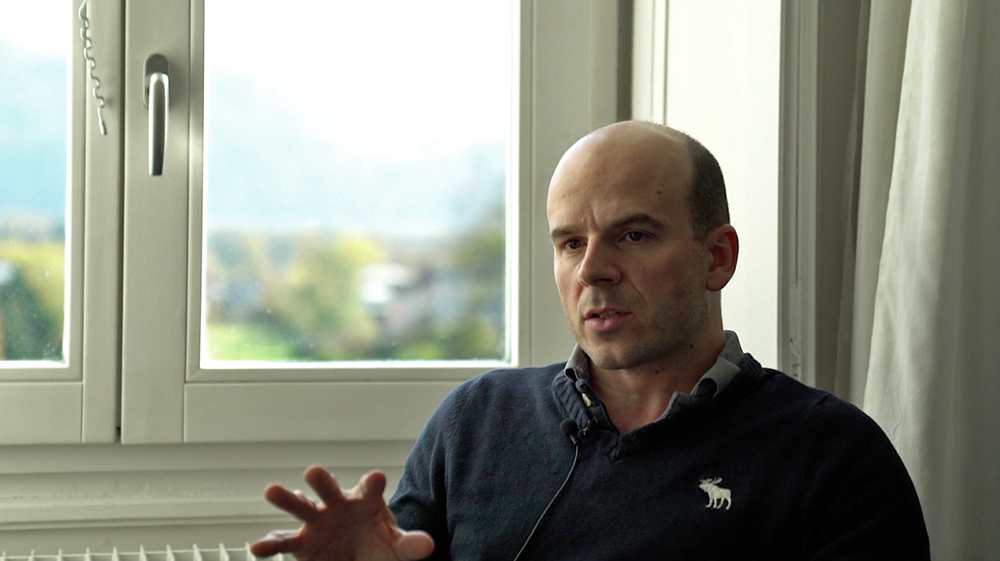 Among them, R2D2 (Repeatable and Reliable Detector and Descriptor) is a technology that we’ve developed for feature data extraction. It can detect the required area in image information based on data. The computer can learn by itself and find relevance between images featuring different weather or lighting in the same place, in a completely new way. With this technology, we won the first place in Visual Localization Challenge at CVPR 2019. 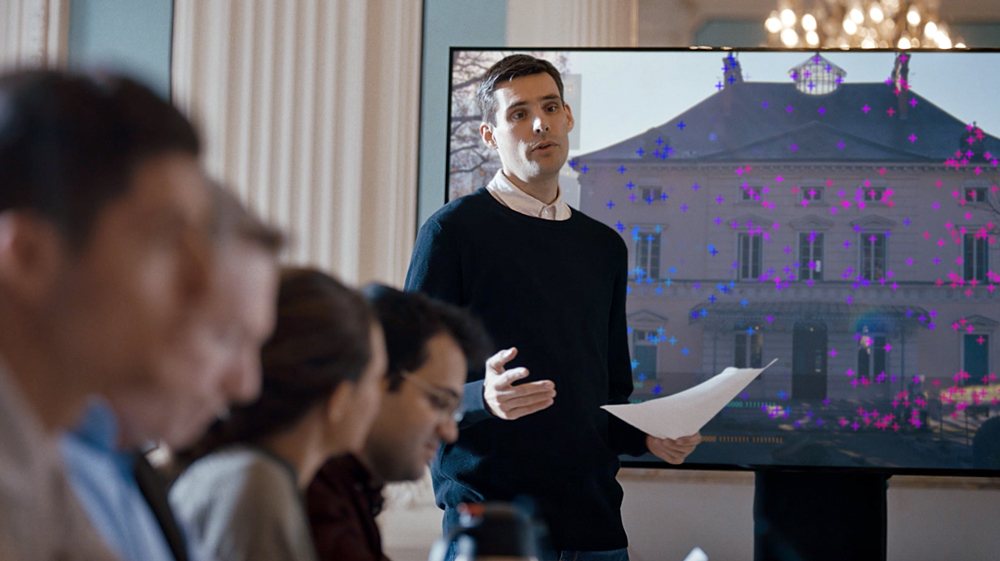 We are also conducting joint research to estimate depth and pose in videos. This is a very useful technology to understand 3D scenes in fields such as autonomous driving.

Gregory Rogez (Computer Vision) │ In particular, our 3D post estimation technology for instances with multiple people is the world’s finest. It is good at identifying hidden parts. It works very well even when some part of a person is hidden or out of the scene. It can be applied precisely to hands only. This technology attracts much attention every time it is demonstrated at a conference. 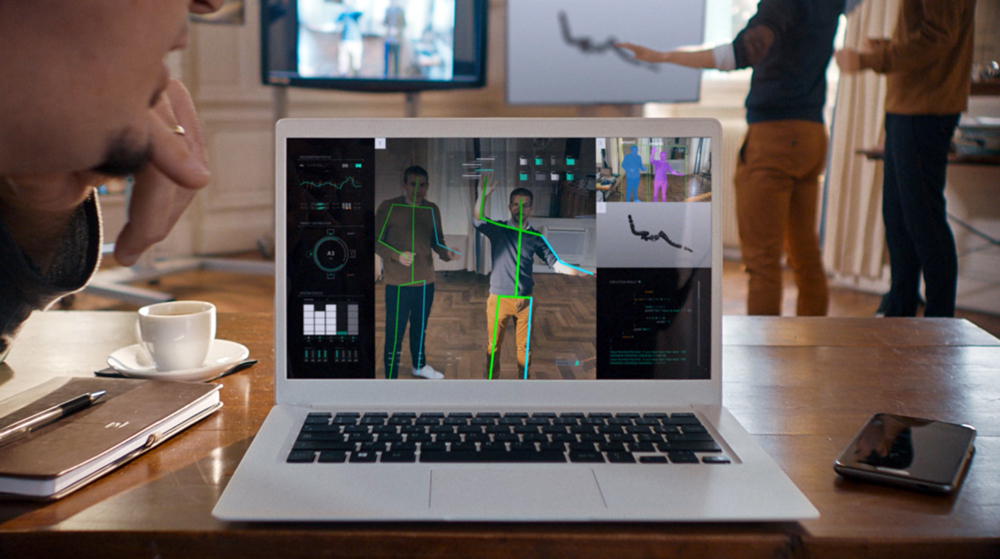 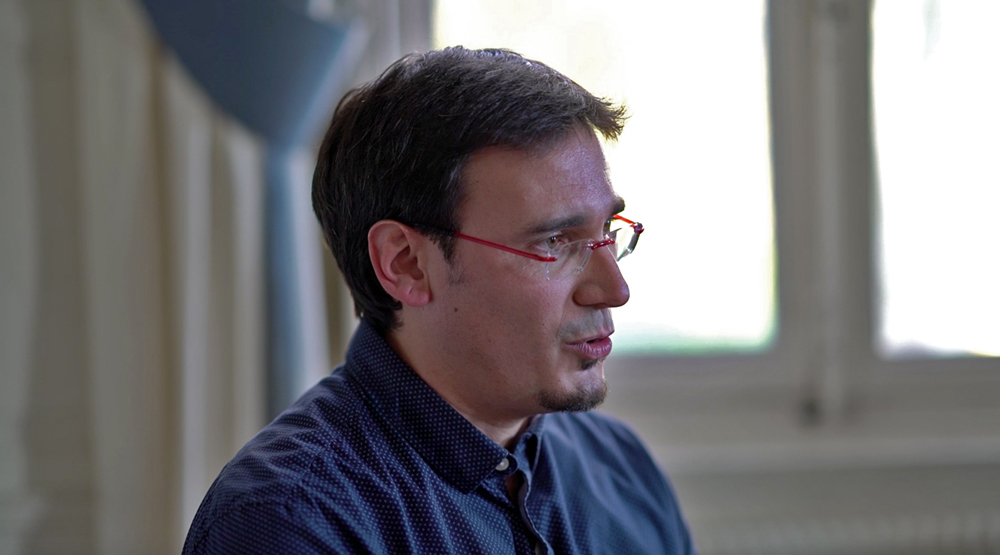 Christopher Dance │ AI research is gaining momentum in Europe. For instance, there is DeepMind; a researcher who made great contribution to AI research for Google is based in London. In addition, great research centers are being interconnected together. If you look at those companies, however, those from China and the US are dominant. In particular, China has grown rapidly in the field of computer vision, Google is dominating machine learning, and Microsoft is also catching up rapidly.

Michel Gastaldo │ We wish to disrupt this trend. Researchers from Asia and Europe will be a strong alternative across the globe, and NAVER’s Global AI R&D Belt is a great opportunity. It is going to be a new platform of collaboration for AI researchers in Europe and Asia. It will allow talented researchers from various regions to exchange and collaborate more easily. 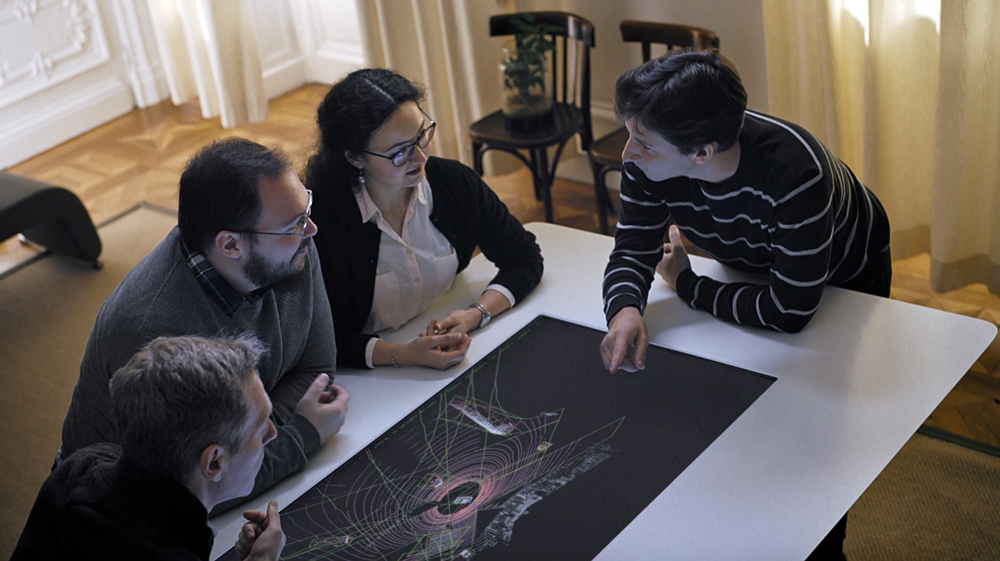 Naila Murray │ We are very interested in researchers from Korea, Vietnam and Japan in addition to Europe. Since AI is a very extensive and multi-faceted field, it is important that researchers are exposed to various perspectives and approaches. Different cultures and histories from different regions will create new perspectives. We can approach the same problem from different ways. We are also more likely to identify new problems which we haven’t been aware of before. We want to solve various challenges by collaborating together.