NAVER LABS' indoor dataset is the result of scanning COEX, one of the largest shopping malls in Korea, twice at an interval of about two months (Jun. 2018 and Sep. 2018). This dataset consists of 17.5K geo-localized images with 578 points of interest (POIs) captured by a device called Pumpkin that has two LiDARs and multiple cameras. We currently only provide images taken by Pumpkin’s left and right side cameras, which are designed to capture storefront images that can be used for POI recognition and change detection tasks. In the near future, we will be releasing other images taken by other camera types as well, so this dataset will also allow use for VSLAM and visual localization research. 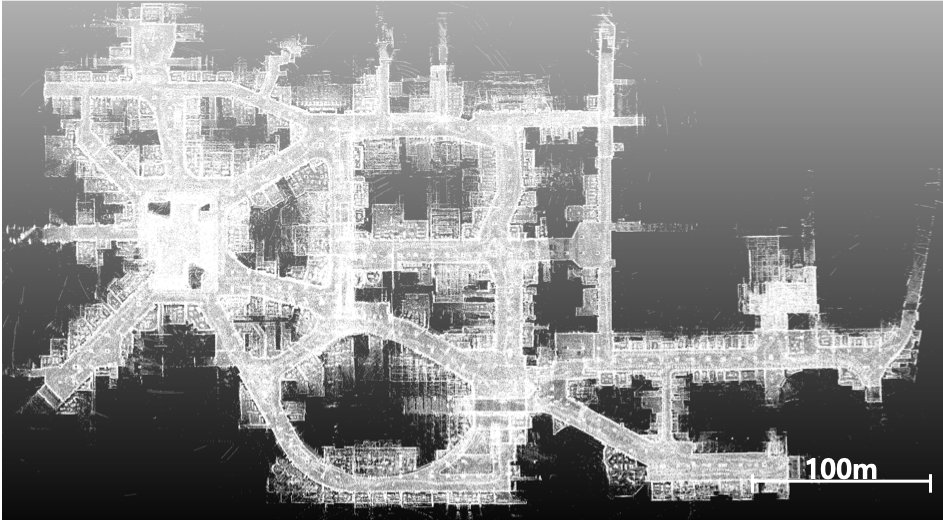 Pumpkin is equipped with the following main sensors: 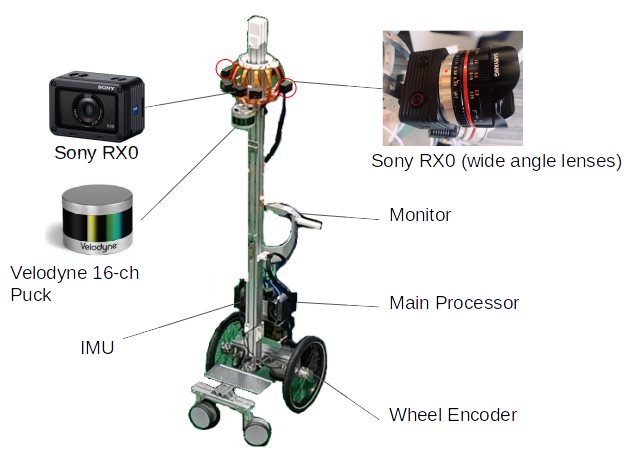 This dataset consists of images and their poses. The name of each image includes the serial number and timestamp as '[serial #]_[timestamp].jpg'. The poses where all images are acquired are in a separate file, 'sensor_trajectory.hdf'. In this file, 7-degrees-of-freedom (DoF) poses for all of the images are recorded. 7-DoF states are 'x, y, z' for position and 'qw, qx, qy, qz' for orientation, in serial order. In addition, each of the two tabs, pose and stamp, are paired, and the pose for the n-th stamp is the n-th in the pose tab.

If you are more familiar with '.json' than '.hdf', you can download the file to convert it.

How to generate data