NAVER's first robot was M1. Having made its debut in 2016, M1 is a mapping robot that creates three-dimensional high-precision maps of indoor space. Who were the maps for? They were for other self-driving robots. Uploading maps created by M1 to the cloud connected them in real time for other robots to perform autonomous driving. We have introduced this type of new self-driving robot platform under the name AROUND, and have continuously displayed the achievements. In short, M1 is the starting point for the cloud-based autonomous driving robot platform.

Three-dimensional maps made by M1 also acts as the core data for a variety of location-based technologies. It also acts as the basic data for the self-updating map technology that updates indoor maps using visual localization, AR navigation, or robots and AI, ascertaining current indoor positioning where GPS is not available. It holds high application value in several forms, which is why we have diligently kept the version up to date.

Upgraded M1 mapping technology –M1X mapping robot
M1X is the successor to M1. While integrating the mapping technologies across the two versions, we were able to secure higher expandability and high-quality output even while streamlining expenses for the equipment. 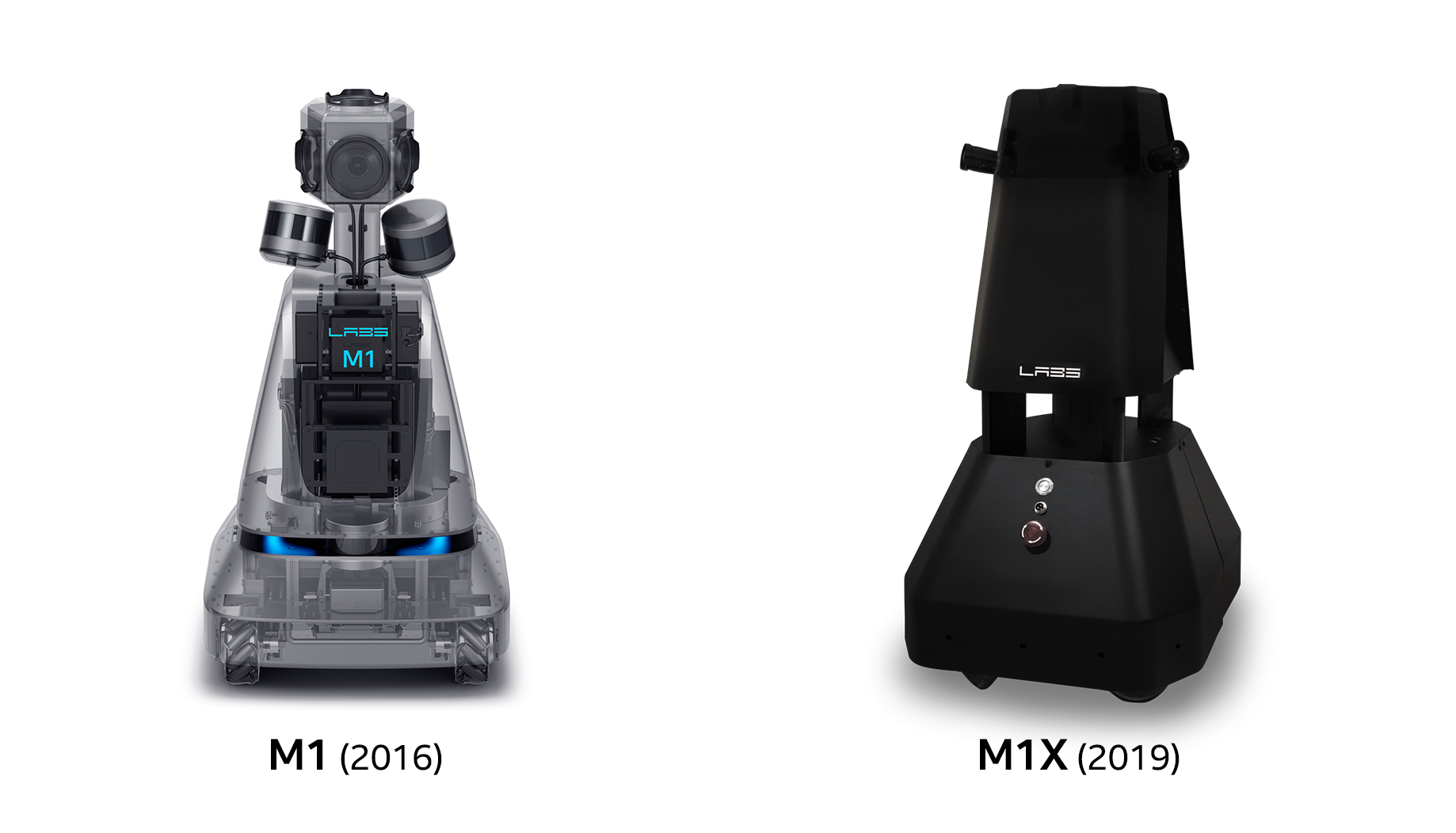 From the hardware aspect as well, we enhanced driving stability to enable spatial scanning while moving without wobbling, and made improvements to the issues of vibrations, which allow us to obtain much higher quality data. With an optimized sensor configuration, we were able to raise the quality of data even while reducing robot production costs, resulting in improvements to robot localization accuracy by over 30% when applied.

If M1 mainly collected data optimized for self-driving robots, M1X is collecting data from more diverse sensors to enable application with a variety of indoor driving machines. The data from M1X is currently applied not only to self-driving robots, but also to higher accuracy localization services like AR navigation in smart phones.

The technology to initiate space-based services
In the upgrading processes of mapping technologies from M1 to M1X, important outputs have been obtained, such as indoor localization technology, the self-driving robot platform and AR navigation. Right now we are investing great amounts of time and effort for the technology to obtain data on everyday spaces even faster and without error because such innovative mapping technology marks the new beginning for all space-based services.